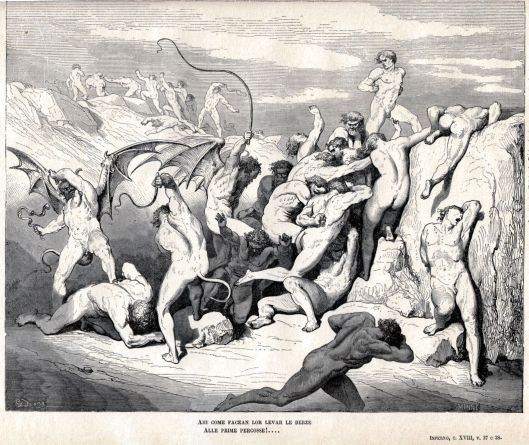 As Jesse Toler writes on the site, “Answering Islam”

“Nothing is more important to the foundations and development of Islam than the re-casting of Biblical personalities into newly assigned roles as devout Muslims. Shaping Israelite patriarchs into ancient Muslims who worshiped Muhammad’s god is step one. Turning the Lord Christ into a minor image of Muhammad was step two, and worldwide conquest which wars against the soul is now a real possibility [Peter 2:11; Revelation 11:7, 12:7]. While the claims against the Bible are similar to those put forward in Mormonism, and falsified just as easily, both Muslims and non-Muslims need to be reminded that the books of the Bible are the measuring stick by which to evaluate the historicity and integrity of Muhammad’s often fictional portrayals of these ancient and important people.

Why did the Kaaba play a central role in Muhammad’s fantasies? While no historical facts support his claims, Muslims are seldom deterred. Islam is built upon the notion that Abraham was not only a Muslim [Q. 2:31] but that he was selected by Allah to build the Kaaba in Mecca [Q. 2:125-127], and that while doing so he established the rituals and beliefs which are the cornerstones of Islamic worship. The pagan origins and practices of the Kaaba will not be discussed here, only the patriarchal journeys and the Islamic corruption of the Bible’s texts. Muslims claim that Mecca and the Kaaba are the centers of worship for the entire world. Christians and Jews know that it is Jerusalem, where lays the chief cornerstone of Yahweh’s kingdom [Psalm 102:16; I Peter 2:6]. The City of David [Zion] is mentioned nearly 50 times in the Bible as the home of God’s people [Isaiah 10:24] and where the hosts will reign [Isaiah 24:23]. Are Muslims going to tell us that these references are corruptions in the texts and that Mecca was the intended city the whole time? Hardly even remotely plausible.

The Kaaba in Mecca is without equal in veneration in Islamic tradition, and had been revered by Arab pagans long before Muhammad’s birth. The Muslim religion holds that the Kaaba was built by Abraham and Ishmael after hearing a direct revelation from Allah. This seems improbable. After all, once Allah guides a people on the right course and provides a mode of conduct for worship through a chosen Prophet, Allah does not then lead them astray into confusion or an inability to see the right course [Q. 9:115]. How is it then that such a man as Abraham would be sent to Mecca to deliver the people from polytheism and build the Kaaba only to later have them fall into apostasy and disbelief, needing yet another prophet in the 7th century A.D.? Abraham being in Mecca is just not consistent with important Islamic doctrines, and a myth. For example, in Q. 2:125 the Kaaba is being purified [Ar. ‘tahara’], yet in Q. 2:127 the foundation are still being raised [Ar. Rafa’a]. Depending on the traditions being reviewed, the Kaaba was built by Allah or maybe Adam or possibly Abraham. But, is it true?

Reconstructing ancient events in search for truth is never an easy task, but within the literature handed down from the earliest days, confirmed by corroborating testimony where it is available, certainty looms dreadful for Islamic claims. For example, American scholars such as Albright have discussed the groupings of people and popular migration patterns into and around cultivated areas of the Fertile Crescent, and it is nigh impossible to think that the barren wasteland of the Hijaz would be such a destination for Mesopotamian travelers. Crossing over from Ethiopian lands may be plausible, but Abraham was never in Ethiopia. General migration patters are important to consider if we are going to place the journeys of Abraham into historical context. It is very likely that many people, Abraham’s troop included, traveled from Ur to Canaan via the established routes such as the Kings Highway or the International Coastal Road. It is far less likely that these same people then had any reason to travel another 700 miles south into the central Hijaz.

Respected biblical scholars have placed the journeys of the patriarchs in the Middle Bronze Age [2000-1550 B.C.] and this would include the relevant chapters in the Book of Genesis [Chapters 12-50] as well as the narrative accounts in both the Quran and Tradition of the Muslims.”

There is a great deal of information on Islam and Islam’s origins and beliefs. What I have learned is that if a Muslim chooses to not believe what is written or stated, they will generally accuse the person of presenting “baseless accusations” or something similar. Much like the New Left, this charge is designed to shut down conversation and dialogue. If we couple this with the fact that the global elite supports Islam, allowing it to destabilize cultures and overthrow dictatorships, we come to realize that the global elite is merely using Islam’s soldiers for their own personal gain. This is why there is a move (even here in the U.S.) to make it a crime to “bash” Islam.

As one person told me today, in his country “free speech is dead and buried here.” That is not only sad, but tragic! It should not be. While it would be…